I worked with two other students to create a multiplayer web game, Slime Soccer. We used technologies such as Node.js, Express, and Socket.io in order to allow multiple users to be able to play together in real time. 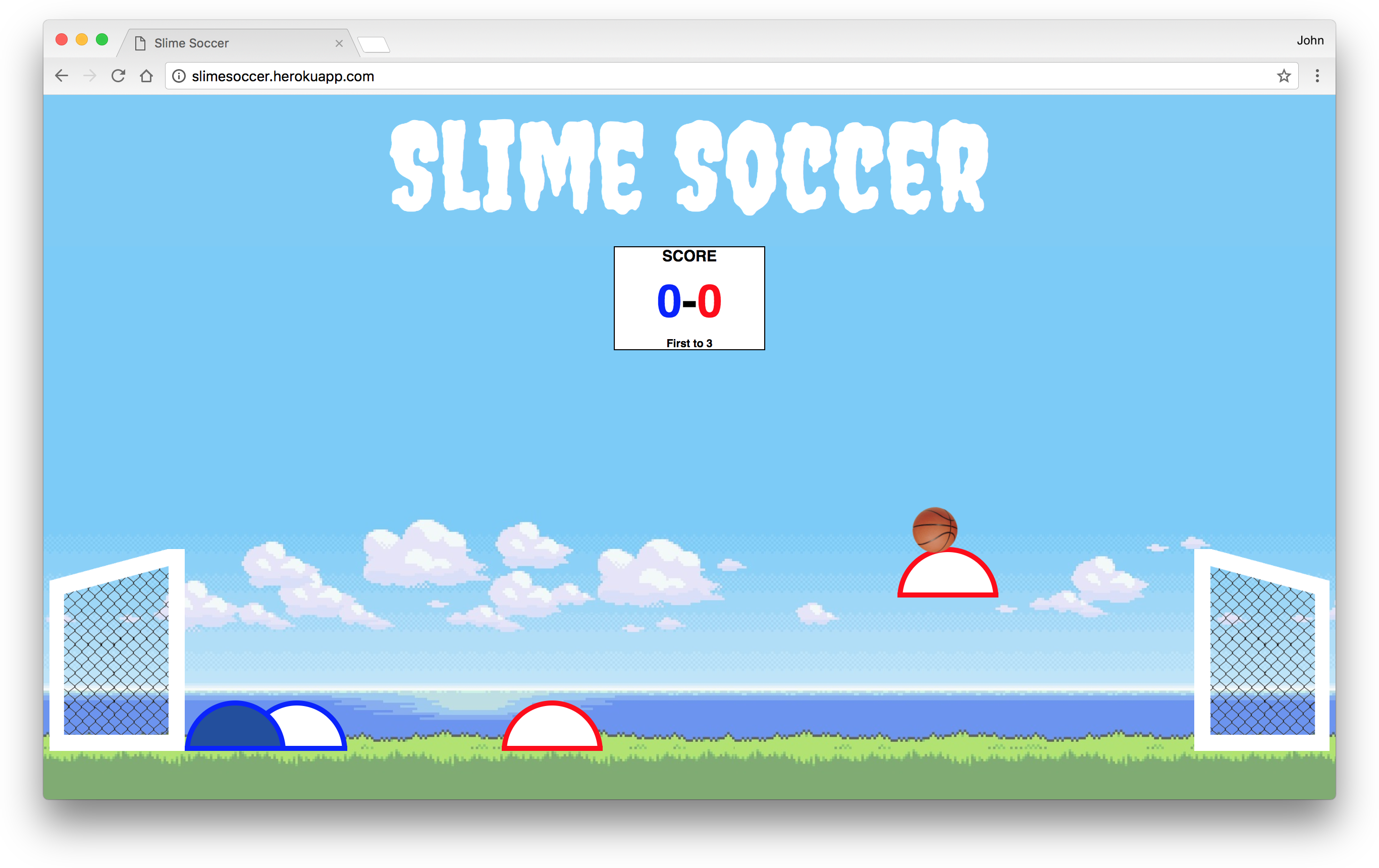 A screenshot of the game

Users are able to join an existing game room, or create their own with custom physics. We also implemented simple but rather effective AI players for single-player gameplay. 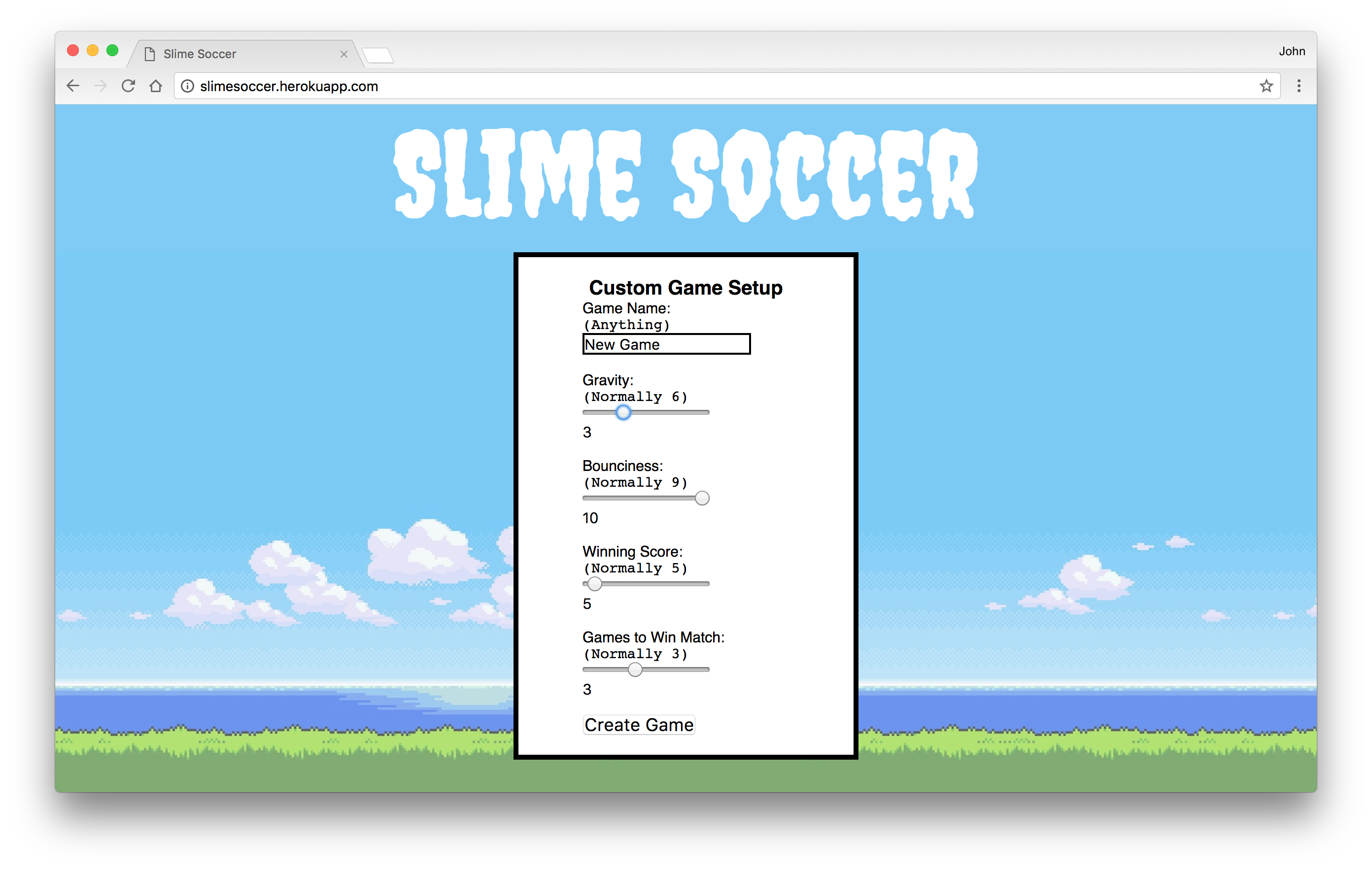